Old World Living Is Lifestyle for A Brave New World is a simply sustainable way to think, decide, and shop in a new world. In fact, it’s so old, that it actually seems novel. Surprisingly, roughly 85% of the world already lives what we would call an old world (old school!) lifestyle. From Italy to India, you’ll see people hinge deals on sustainability

This type of consumer mindset ultimately creates less waste and is the basis for Old World Living. These are also the larger values, ideals and principles that inform my decision making processes about everything from marriage and personal relationships to parenting, my media choices and subject matter; to cooking, cleaning, leisure and work.

Although it’s called Old World Living, it’s really as American as apple pie because it’s about rugged individualism and self-reliance, but with a conscience and style. I am convinced that anyone can have a socially responsible lifestyle, no matter what size budget – using second hand or deeply discounted finds – by using a good old Yankee ingenuity.

In fact, it was Ben Franklin that said, “Waste not, want not.” Annie Leonard is an American activist who supports sustainability and is a critic of excessive consumerism. She is most known for her animated film The Story of Stuff about the life-cycle of material goods and advocates “chucking the old-school throw-away mindset” that drives the old dinosaur economy based on fossil fuel.
Old World Living is about sustainability and equity too.
• Green Chemistry
• Zero Waste
• Closed Loop Production
• Renewable Energy
• Local living Economies

According to Leonard “Some people say it’s unrealistic, idealistic, that it can’t happen. But I say the ones who are unrealistic are those that want to continue on the old path. That’s dreaming. Remember that old way didn’t just happen by itself. It’s not like gravity that we just gotta live with. People created it. And we’re people too. So let’s create something new.”

And that’s where Old World Living mindset fits in. An old approach – sustainable and equitable – for a brave new world, using recycled luxury for green home staging and interior decorating.
About The Author Lisa La Valle-Finan is a “big picture thinker” and designer with a background in anthropology. She is inspired by both Martha Stewart and Margaret Mead and considers herself a maker, activist, and socially responsible entrepreneur. She’s determined to build a multi-faceted business around her passion for beauty and sustainability. Her home furnishings line is sold on Etsy and in Born Again Vintage, the store (Montclair NJ). Although the seed for Old World Living was planted centuries ago, it has germinated into a brand thanks to her old world Italian ancestors to help people become socially responsible and think critically to make informed decisions to brave the new world. 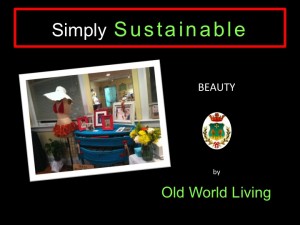 FROM THE ANNOTATED SCRIP OF THE STORY OF STUFFNARRATED BY ANNIE LEONARD AT WWW.STORYOFSTUFF.ORG

You like STUFF? Want to know where STUFF comes from? Where STUFF goes when it turns to trash? And what it does along the way? Here is a brief summary of The Story of Stuff animation illustrated with Old World Living Before and After reconstructions using Zero Waste.

Green is Beautiful
The Story of Stuff is a 20-minute, fast-paced, fact-filled, humorous look at the underside of production and consumption. It explores the connections between a vast array of environmental and social issues, and points the way toward a more sustainable and just world. Old World Living takes that premise one step further into “recycled luxury” 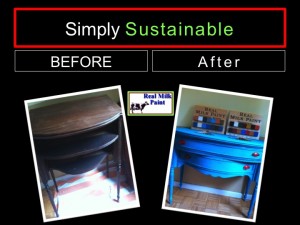 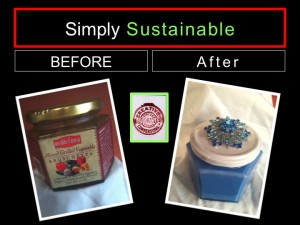 So here we are running up against our first limit. We’re running out of resources. We are using too much stuff. Now I know this can be hard to hear, but it’s the truth and we’ve gotta deal with it.

In the past three decades alone, one-third of the planet’s natural resources base have been consumed. Gone.

We are cutting and mining and hauling and trashing the place so fast that we’re undermining the planet’s very ability for people to live here. 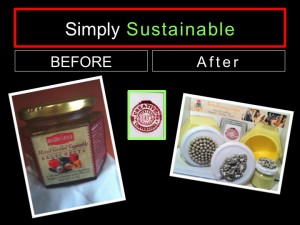 Where I live, in the United States, we have less than 4% of our original forests left. Forty percent of waterways have become undrinkable. And our problem is not just that we’re using too much stuff, but we’re using more than our share.

And you know what? We’ve only got one. 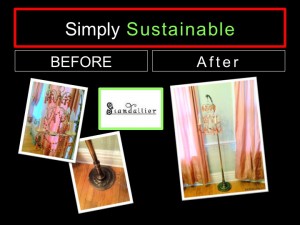 So, my country’s response to this limitation is simply to go take someone else’s! This is the Third World, which—some would say—is another word for our stuff that somehow got on someone else’s land.

So what does that look like? The same thing: trashing the place. 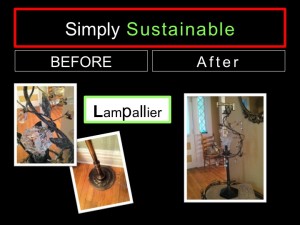 • 75% of global fisheries now are fished at or beyond capacity
• 80% of the planet’s original forests are gone.
• In the Amazon alone, we’re losing 2000 trees a minute. That is seven football fields a minute.