Bargain shoppers searching for children’s and maternity consignment sale events around the country will have an easier time finding one in their neighborhood. Just Between Friends Franchise Systems, Inc., the nation’s leading children’s and maternity consignment event, is joining forces with Tagsellit.com, an online second hand marketplace. The two companies are both dedicated to helping families across the country and will now collaborate to promote their consignment services and sale events. 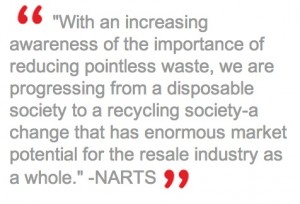 “The resale industry is clearly thriving and attracts consumers from several economic levels. It’s an exciting collaboration because Just Between Friends has a unique approach to consignment sales. By being able to promote these fabulous sales events along side other second hand events happening in communities, such as yard sales and flea markets, provides even better resources for families across the country,” explained Tagsellit.com’s Founder and CEO, Jonathon Papsin, adding, “It gives moms the opportunity to buy and sell children’s gently used clothes, furniture, toys and maternity items they may otherwise not find at a garage sale and it’s important that our site grows as a resource to help shoppers.”

“Just Between Friends goal is to help families across the country save money. This new partnership allows us to reach even more families who want to find a way to make ends meet. We are thrilled to be working with them,” said Shannon Wilburn, President and CEO of Just Between Friends Franchise Systems, Inc.

About Tag Sell It
Tag Sell It was launched in 2008 as an alternative to existing online auction and e-classified services. Tag Sell It fosters a resourceful, user-friendly free online marketplace where buyers, sellers and professionals can connect to share their passions of the second hand industry. Through education and mobile technology, Tag Sell It bridges the generation gaps of second hand enthusiasts. Tag Sell It has been seen on NBC News, Yahoo! Finance, US News & World Report, The New York Times, The Wall Street Journal, The Denver Post, The LA Times and has also provided industry statistical information for the Discovery Channel‘s “What’s America Worth” show hosted by Donald Trump. In 2011, Tag Sell It won the “Best Drupal CMS App Developer Award” for their Flea Markets App.

About Just Between Friends
Just Between Friends was created in 1997 in a living room in Tulsa, Oklahoma when Shannon Wilburn, a mother of two young children, and her friend Daven Tackett hosted a sale with 17 friends as consignors and grossed $2000 in sales. The event caught on and quickly grew each season and in 2003 they formed Just Between Friends Franchise Systems, Inc. Wilburn is now sole owner and CEO of the franchise system which currently has 124 franchises in 24 states and in 2012 they are projected to top $20 million in gross sales. Just Between Friends (JBF) has made Inc. Magazine’s list of the 5000 fastest growing companies for the past four years and was named one of Entrepreneur Magazine’s Top 500 Franchises. In 2012, Just Between Friends was one of only 75 companies nationwide to receive the U.S. Chamber of Commerce’s Blue Ribbon Award. Just Between Friends Franchise Systems Inc. also received a “Franchisee Satisfaction Award” and was listed in the Top 50 Franchises by “Franchise Business Review”. In 2010, Wilburn had the honor of being named the Small Business Administration’s Regional “Women in Business Champion”. JBF has been featured on numerous national television shows including CBS Early Show, ABC News, Good Morning America, Fox News, CNN, Headline News, Inside Edition and CNBC’s The Big Idea. They have also been featured in news stories in many top-tier markets including Seattle, Denver, Dallas, Houston, San Francisco and Philadelphia as well as in The Los Angeles Times, Seattle Times, Wall Street Journal and on popular websites http://www.yahoo.com, http://www.inc.com,http://www.sheknows.com and Disney website http://www.family.com.